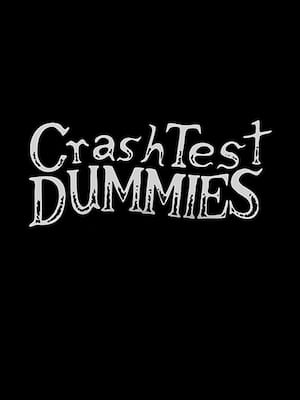 The Crash Test Dummies are veritable proof that if you break every unspoken rule imaginable, you might just end up with something worthwhile

playing all the hits

Perhaps the only band in the history of '90s p-p rock able to make a hit single chorus out of an onomatopoeic word, Canadian rock quintet Crash Test Dummies defied grammatical conventions with the success of their 1993 song 'Mmm Mmm Mmm Mmm', becoming alt-rock icons in the platinum-certified process. Seven studio albums and two hiatuses later and the band are back on the road, bringing their extensive back catalog to you!

A chance not only to hear their defining single in all its oddball glory live, fans will also be able to hear tunes like 'Superman's Song' and 'The Ballad Of Peter Pumpkinhead' when Brad Roberts and co. perform the album in its entirety. Fusing folk and blues elements with Robert's distinctive and deep baritone vocal style, as well as his unique way of pronouncing every syllable and off-the-wall lyrics that include words like 'phalanges', 'nomenclature' and 'bronchi', the veteran outfit has lost none of their wonderful weirdness, bringing a youthful sense of fun to their live shows.

Sound good to you? Share this page on social media and let your friends know about Crash Test Dummies at Waiting Room Lounge.