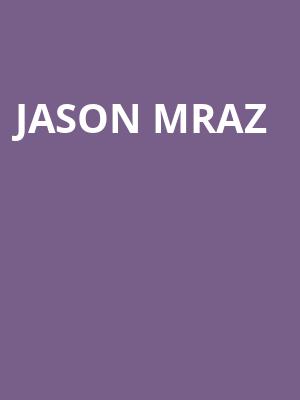 A Gen-Y version of Jimmy Buffett, with booze and boats replaced by veganism and yoga.

Jason Mraz's success has taken him from playing coffee houses in San Diego to concert halls around the world, his good looks and affable nature a perfect partner to his laid-back, soulful musical style. Mraz will be hitting the road once again after having to cancel his 2020 tour. We are sure you'll hear all your favorite Mraz hits, which are sure to summon those nostalgic feelings.

Mraz's much anticipated 2018 album Know featured the smash single, 'Have it All' and was his first full-length studio album in four years. The album follows YES!, which came after years of collaboration with all-girl indie rock band Raining Jane. Now for 2021, he'll be touring songs from his latest album, Look For The Good, released in 2020.

You may be required to have had a COVID vaccine in order to attend this performance or show proof of a negative test. Please contact the venue directly for more information on this.

We were excited to see Jason Mraz and Raining Jane since we have enjoyed... more

Sound good to you? Share this page on social media and let your friends know about Jason Mraz at Orpheum Theatre.