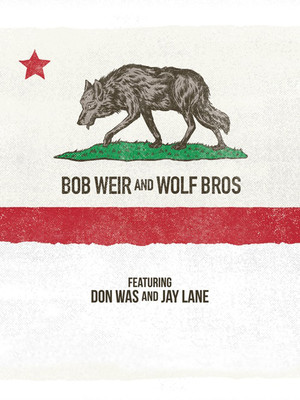 Bob Weir joins forces with Don Was and Jay Lane!

Don't miss Bob Weir as he joins forces with legendary musician Don Was and drummer Jay Lane once again for an exploration of The Grateful Dead's back catalog and more! Bob Weir and Wolf Bros are touring once again in 2020. The trio will take on 22 cities, kicking off in Miami. Don't miss a chance to see this living legend and Grateful Dead founder live!

Weir is best known for being the founding members of Grateful Dead. After the band went their separate ways in 1995, Weir began performing with the Other Ones, later known as The Dead, with saw Weir sharing the stage with other former members of the Grateful Dead. Since then, Weir has founded and performed with several other bands. There's no slowing this icon down, see Bob Weir and the Wolf Brothers when they come to a town near you.

Sound good to you? Share this page on social media and let your friends know about Bob Weir at Orpheum Theatre.