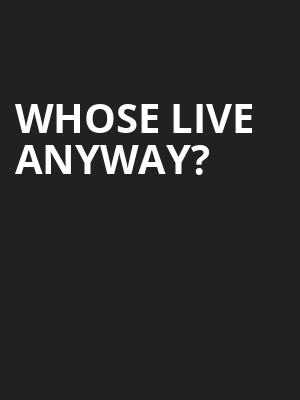 It's the first comedy show I've been to where everyone was laughing!

Why See Whose Live Anyway??

They'll Leave You Rolling in the Aisles!

Whose Live Anyway (originally called A Night of Improv) first appeared in 1999 when it sold out two shows in under three hours to very enthusiastic crowds in Vancouver. Following its initial success, Whose Line Executive Producer and star Ryan Stiles expanded the number of appearances of the show to include many major cities in the Western USA and Canada where it has remained a constant sell-out.

Whose Live Anyway is full of hilarious improvised comedy and song - all based on audience suggestion so be ready to become part of the show, as you watch the entirely improvised scenes, skits, one lines and even made-up-on-the-spot songs that combine to make a hilarious evening!

90 minutes, with no intermission

You may be required to wear a mask during this performance. Please contact the venue directly for more information.

Donna Schlicher: “Laughed til I cried”

I am a big fan of Who's line! There is nothing funnier and we saw it live... more

Sound good to you? Share this page on social media and let your friends know about Whose Live Anyway? at Holland Performing Arts Center - Kiewit Hall.